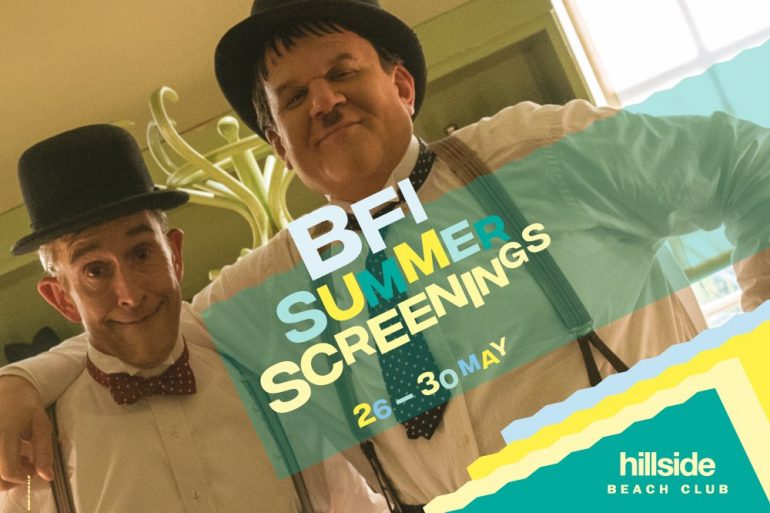 It’s a dark, winding passage that first greets you when you arrive at Hillside after dark, following the short transfer from Turkey’s Dalaman airport. Up, up and up again through the dense undergrowth. Then, as if from nowhere, you see it. That view. Thousands of lights tumbling down the hill, illuminating the inky black bay seemingly bitten out of the mountain. It would take another ten hours or so for Hillside Beach Club to reveal itself in all its daylight glory, as you step from your bedroom onto its vast, connecting private terrace. There’s that view again, this time exaggerated tenfold — the molasses of the night sea transformed into a parody of turquoise translucence.

I’d come to stay at Hillside for a week with the British Film Institute, glad to escape a rainy London May. The BFI had returned to the resort following an inaugural year of their Summer Screen event in 2018, a specially curated programme of films brought to Hillside’s unique series of locations. Reading about the likes of their screening on a boat, or in an abandoned town, only gets you so far — the Hillside Summer Screen experience is exactly that, an experience, and one you’d be hard pushed to find anywhere else.

As far as the programming went, for the 2019 event, the BFI had brought along some audience favourites from their hugely popular London season, Comedy Genius. Hillside’s Silent Beach was the appropriately named venue for the first event, a piano-accompanied screening of Buster Keaton’s 1924 masterpiece Sherlock Jr. 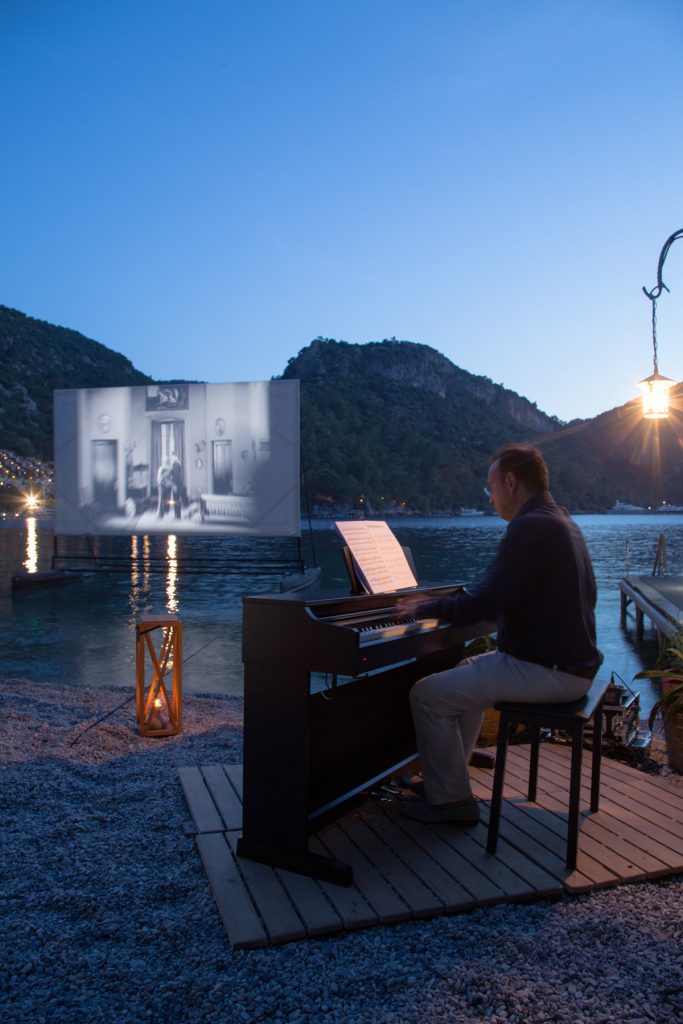 A different film played every night across the sprawling resort, each event brilliantly tailored to provide a unique, deluxe viewing experience. Stanley Kubrick’s biting 1964 satire, Dr. Strangelove or: How I Learned to Stop Worrying and Love the Bomb was guest of honour at Kayaköy, a village with roots in Ancient Greece that was abandoned by its last inhabitants in 1923, following a world war one treaty. Now a museum village, it proved a one-of-a-kind backdrop to Kubrick’s film, with Hillside’s 5-star comfort and service transported from the resort to the archaeological site. 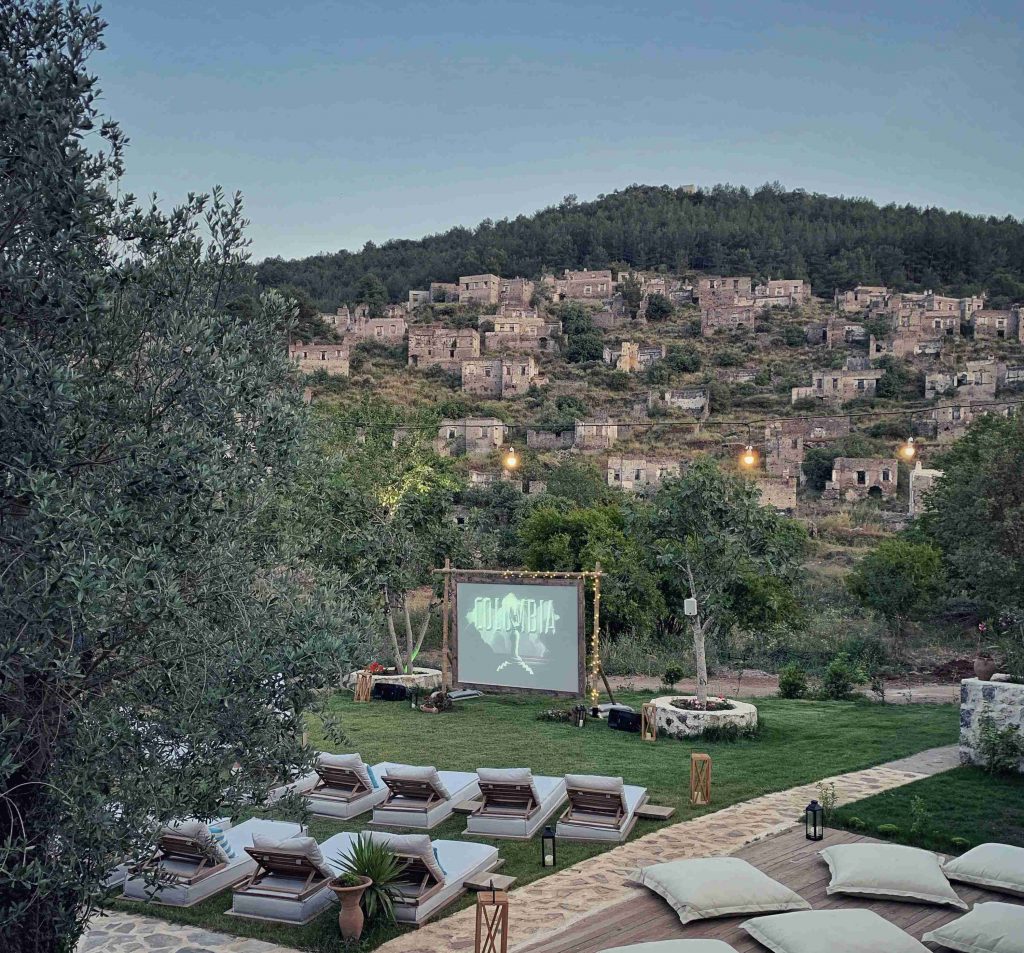 As a lifelong fan of the great American filmmaker Howard Hawks, I was especially excited about the following evening’s screening of his Marilyn Monroe classic, Gentlemen Prefer Blondes. The advertised ‘boat screening’ did little justice to the yacht we found ourselves on at 8pm, sailing into  a sunset that no manner of camera could ever do justice to. The anchor was dropped, reclining seats taken, champagne and popcorn served, all in time for a special introduction from one of the BFI’s expert programmers.

These introductions preceded each of the five screenings that took place at Hillside across the week, a 15 minute tour through the various films’ production history and storied pasts. Far from the kind of dry academia you so often find with these things, the presentations offered valuable context and anecdotal gold — particularly appreciated by the younger viewers aboard the yacht. “You’re nothing like our teachers,” proved the ideal compliment from a ten year old about to experience the myriad pleasures of an early 50s Hawks flick. The peals of laughter during the film itself served to double-down on the compliments, even if the BFI team could hardly take credit for those aimed at Marilyn. 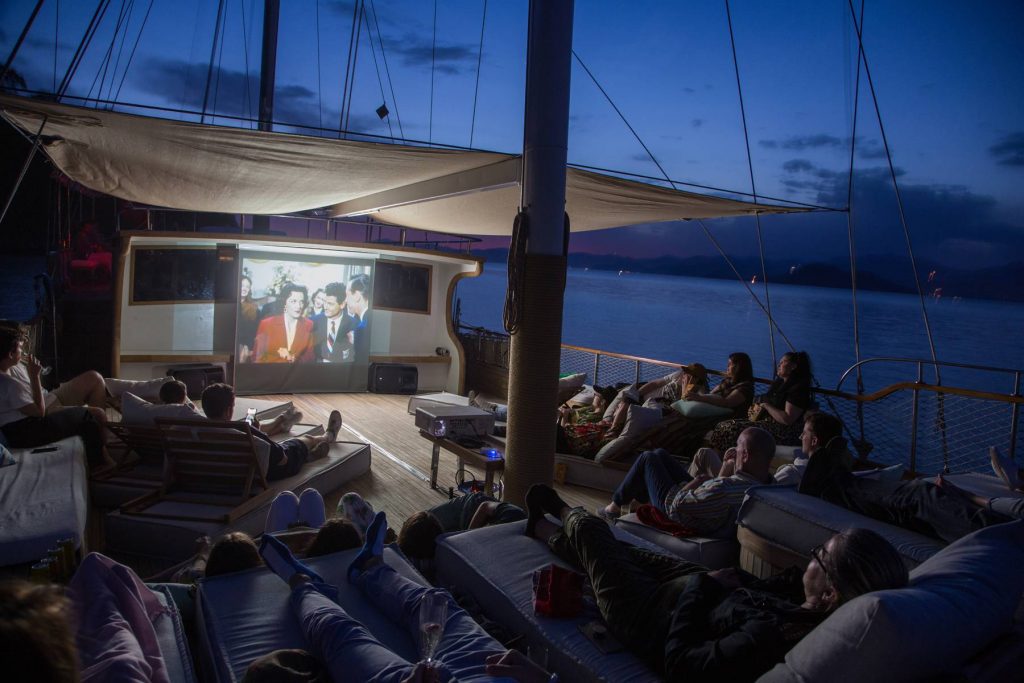 John Landis’ rock n roll classic, The Blues Brothers hardly needs any help in getting an audience’s toes tapping, but Hillside had pulled out all the stops for an afterparty following the beachside screening at their ultra chic club and restaurant, Pasha. A blues band took to the stage around 10pm, knocking out hits from the film, keeping the dance floor packed.

While the final screening of the week was the Turkish premiere of this year’s Laurel and Hardy biopic, Stan & Ollie, it was the event preceding the film which had hearts singing loudest.

Parents and guests had gathered in Hillside’s on-site amphitheatre, awaiting the unveiling of a world premiere completed that very day. What made the screening special was the talent involved in the production of the film. Every camera move, costume choice, story beat and performance was decided upon by the children who’d taken part in the BFI’s filmmaking workshop. 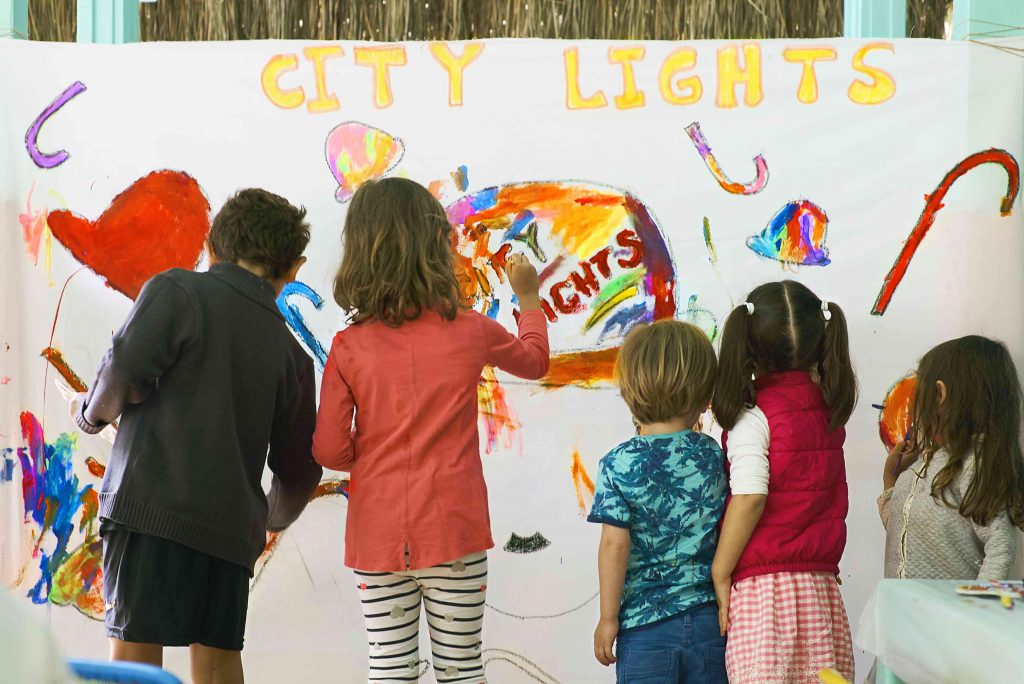 Led by the BFI’s special team of filmmaking educators, these kids had embarked on a week-long adventure to create a movie from scratch. If one of the high points of the week had been stopping in on the workshop to see the expert corralling of energy and creativity, then the screening of the finished product on the final night proved nothing less than life-affirming. The lessons learned across the week — and the daily respite for parents — had proved invaluable, and was etched into the smile of every kid who took to the stage to collect their participation trophy following the film.

The weekly cultural listings are filled with experiential film presentations these days, and I’ve been to plenty in my time, both at home and abroad. It’s safe to say that none could touch the overall experience of a week at Hillside Beach Club, of which the evening Summer Screen events proved a small, but vital part.

So many of the resort guests told me how they’d return year after year, reserving their spots for the following summer as they checked-out. After just five days, it’s not hard to see why. 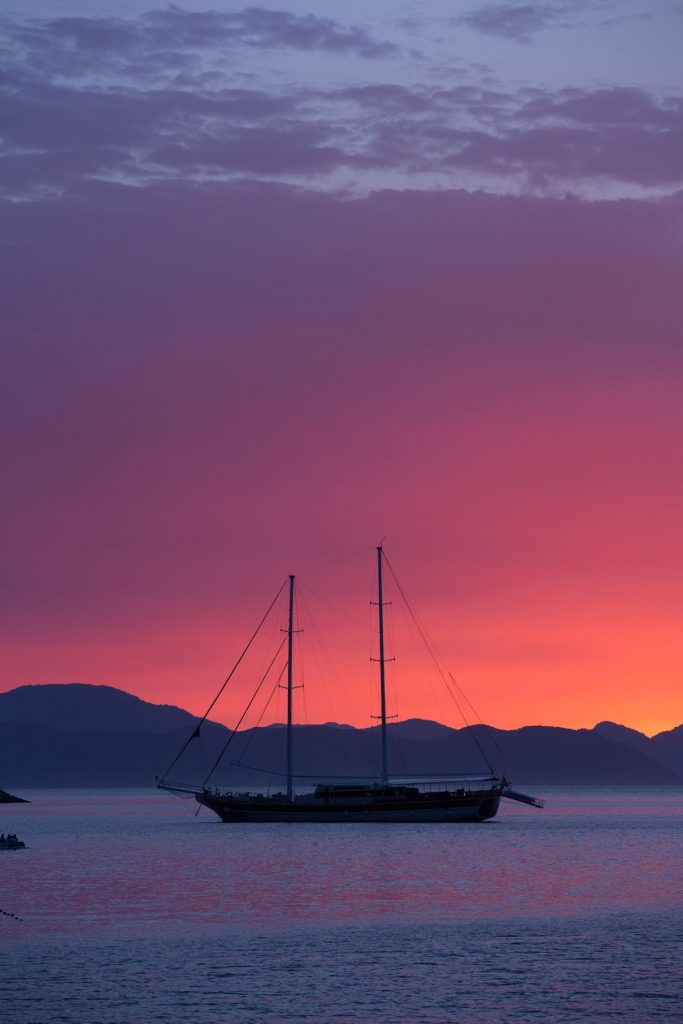